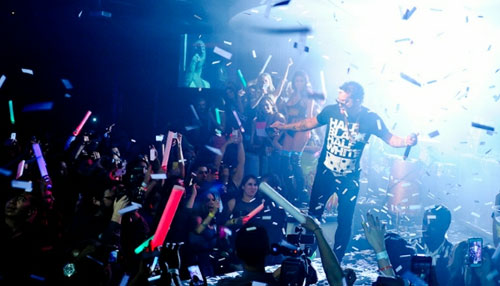 The days are slowly getting longer and the weather is turning from a mild chill to a welcoming warmth. To many in Las Vegas, the month of May is the start of the summer season; and since the pools are already in full swing, they’re not too far off. What, than, can one do on a warm summer night in Sin City that doesn’t involve wasting away in a stuffy casino? The nights may be getting shorter, but that doesn’t mean there’s no time to enjoy the Las Vegas nightlife.

If there’s one thing that Las Vegas bleeds, it’s luxury. From the extravagant hotel rooms to the five star restaurants, it’s hard not to feel like you’re surrounded by it at every turn. What if, than, you could take luxury off of the Strip to a completely different setting. With an exotic car rental, you can. Hop behind the wheel of a Ferrari Spider or Bentley Supersport and traverse the desert terrain as the sun sets. Feel the desert air whip through your hair as you’re guided through the quiet desert by nothing more than your headlights. You can also attract attention on the strip as you pull into your hotel destination in one of these expensive luxury vehicles. 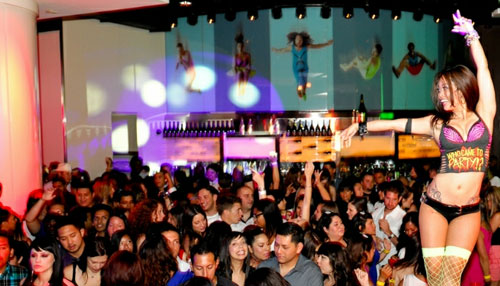 In some cities, food is simply a necessity. In Las Vegas, it’s also a luxury. Wind the night down in one of several dozen fine eateries, lounges, and bars as you experience what true five-star cuisine should taste like. At locations like Firefly*, you’ll be treated to a menu of exquisite portions while also having access to the perfect nightlife atmosphere and a vast assortment of beverages to loosen up with. Firefly* is known for its Tapas dishes, so you won’t find yourself filling up and unable to move for the remainder of the evening.

Let your night take you to one of Sin City’s high-end nightclubs as the evening wears on. Enjoy being in the company of some of Sin CIty’s hottest and hardest partiers as the clubs DJ fills the air with an eclectic mix of musical arrangements. From top 40 to house, you’ll have little excuse if you find yourself tucked away into a corner. Being the party capital of the country, Las Vegas is home to some of the hottest nightclub parties to be found, fueled by special guest DJs, celebrity appearances, and, of course, the plethora of hard partying tourists and locals. Throughout the month, clubs like LAVO, Tryst, and XS will find themselves graced with the presence of some of the hottest celebrity DJs who will, undoubtedly, keep the party hotter than the outdoor temperature. Of course, Memorial Day Weekend will find itself as the best weekend to party throughout the month. With a plethora of parties rounding out the three day weekend, no matter where you wind up going, you’ll be in the midst of some event.

As the month of April comes to a close, May welcomes in the concept of less / lighter clothing, ensuring that no matter where you are on the Strip, you’ll be treated to the site of some of the city’s hottest guests. Make the most of the month and keep away from those low key restaurants and addictive casino games. Make the most out of your May and see what Las Vegas truly has to offer.